I came to Fort William with the simple aim of riding for 24hrs – something I hadn’t managed to do before.

Last year was my first at Fort Bill – the course and the conditions were beyond my capabilities and I stopped during the night. But there it is in black and white on the Sportident Results page – I did it – I rode for 24hrs 48mins 44s.  For those that look closely there is one dodgy lap in there 2hrs 17mins – which had a 25min nap – but that still technically makes 24 hours plus of riding – so I’ll take that.

But those hours, minutes and seconds credited against my name aren’t mine alone to take the credit for.
Yes I kept the pedals turning but only with the support, encouragement, motivation and at times irritating tenacity of an amazing group of people: Team JMC, my coach Sally Bigham and my husband Seb.

My attempt to ride for 24hrs didn’t get off to the best of starts when it became clear I’d be making the long journey from West Sussex to the start line and back solo as well.  My father-in-law took ill and husband Seb couldn’t make the trip.  But with the his encouragement and the commitment of Team JMC to support me in the pits I was still able put myself on the start line. 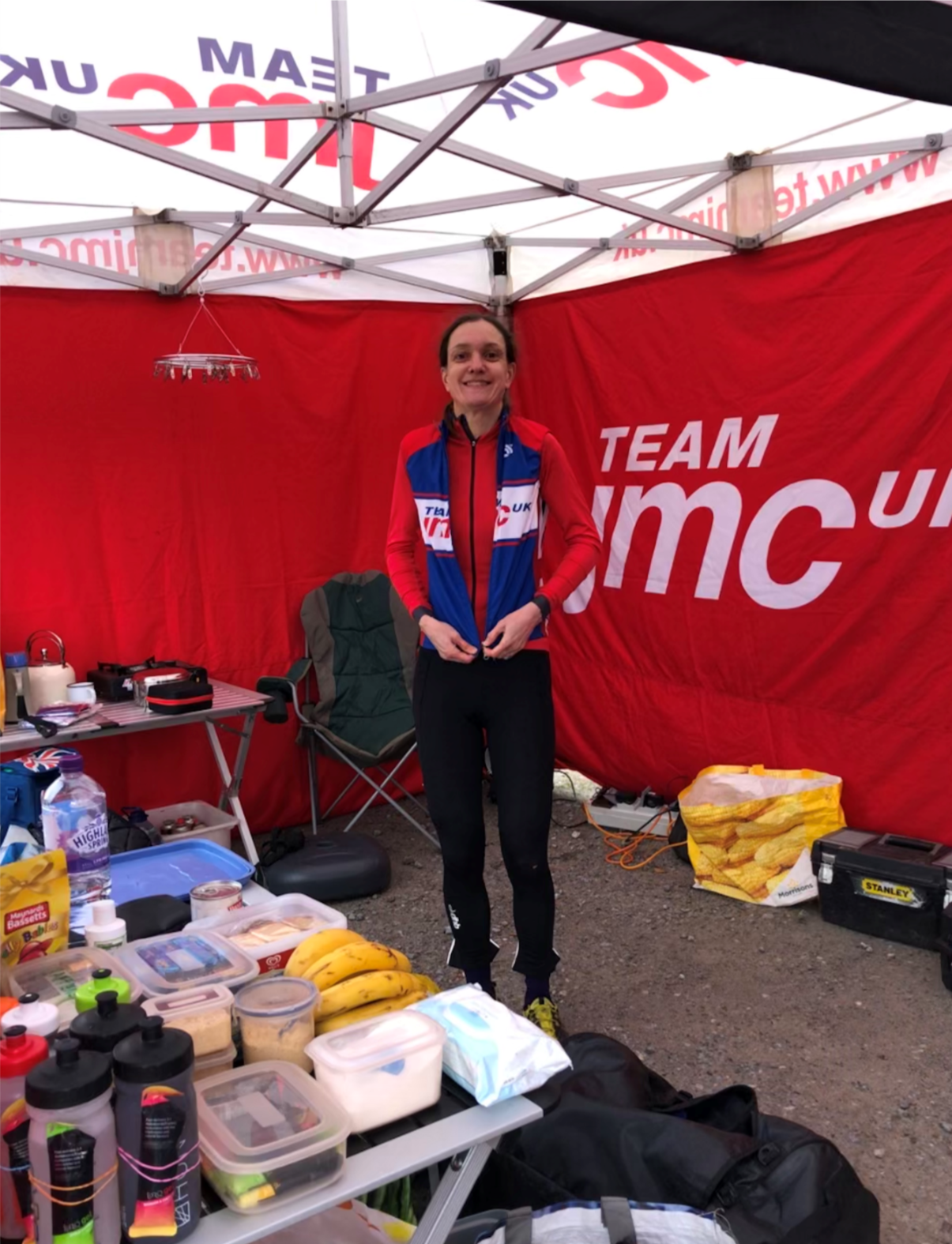 I’ve ridden for Team JMC for 18 months now and benefited from their support and impressive pit set-up at both Fort William and the Kielder Chiller. But at this race I’d be relying on their personal support too. I went with the intention of being low maintenance – I worked out a plan for pacing and nutrition with coach Sally – but so much for the best laid plans………

Budge looked after me throughout the race and I think if you were ask him he’d say I was anything but low maintenance [She wasn’t that bad – Budge].  What goes on in the pits stays in the pits should be an unwritten rule of 24hr racing – but that would make for a pretty dull blog.  So here are some of our best bits:  I came in from several of the wet night time laps demanding a hug – obliged. After one particularly dark lap I demanded he tell me a joke – he failed me declaring he didn’t know any [Actually did try a couple but Karen said they weren’t funny. Sounds about right – Budge] so I told him my favourite one – what do you call a chicken looking at piece of lettuce “chicken Caesar salad” (credit goes to Matt Carr for that one).  He told me to down a caffeine gel at 4am [Told her to do this every lap from lap 6 – Budge] – I went to sleep instead for 25mins.

Luckily Budge had a whole lot of other people helping him look after me – as clearly I was proving to be anything but low maintenance. Throughout the 24hrs Seb and Sally offered advice and moral support from afar to Budge via the wonders of WhatsApp. 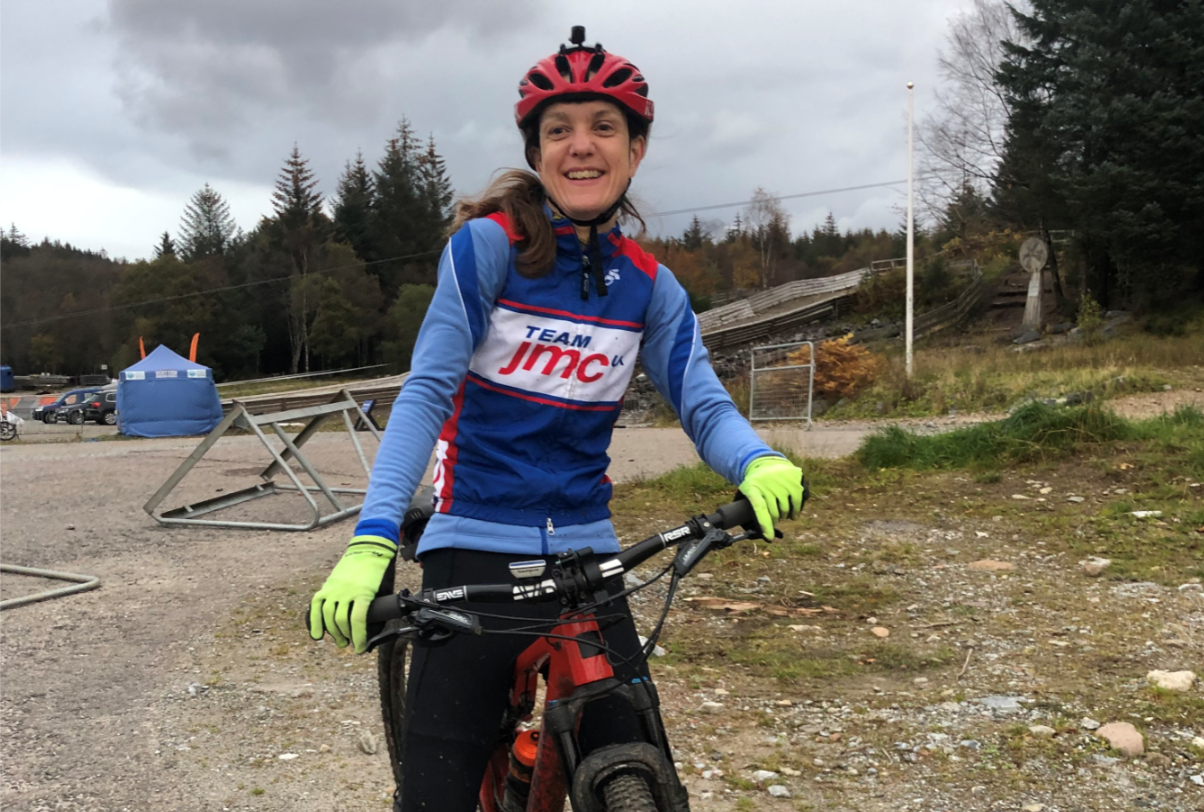 On the ground Lisa Scott worked tirelessly in the pits supporting both her husband Richie, me and the other JMC riders. I benefited from her perfect bottle handovers in the early laps and would have benefited from all the hot food she made me if I’d actually stuck to my nutrition plan. A lot of porridge went cold and uneaten but I did manage a few spuds.

Matt Jones was riding for the first 12hrs – like a rocketship – straight past me a lot but it’s a great lift to see a fellow team mate doing so well.  When he had to stop he stayed up and pitted for me and the other riders. Including getting my gears fixed when I couldn’t get to the all-important 50T ring in the night.  His wise words also got me through the absolute lowest point at 4am. And gave me enough hope that it could get better – which it did when the sun came up and I took that caffeine gel Budge had been nagging me about all along.

So with the help and support of a whole lot of people I did in the end fulfil my aim to ride solo for 24hrs at Fort William. It was wasn’t easy but it was a whole lot of fun. And it got me runner’s up spot on the podium at the UK 24Hr Solo MTB Champs – a huge step up from last year. So next year I’ll try again, try harder to keep to the plan and aim to ride a better 24hr race. 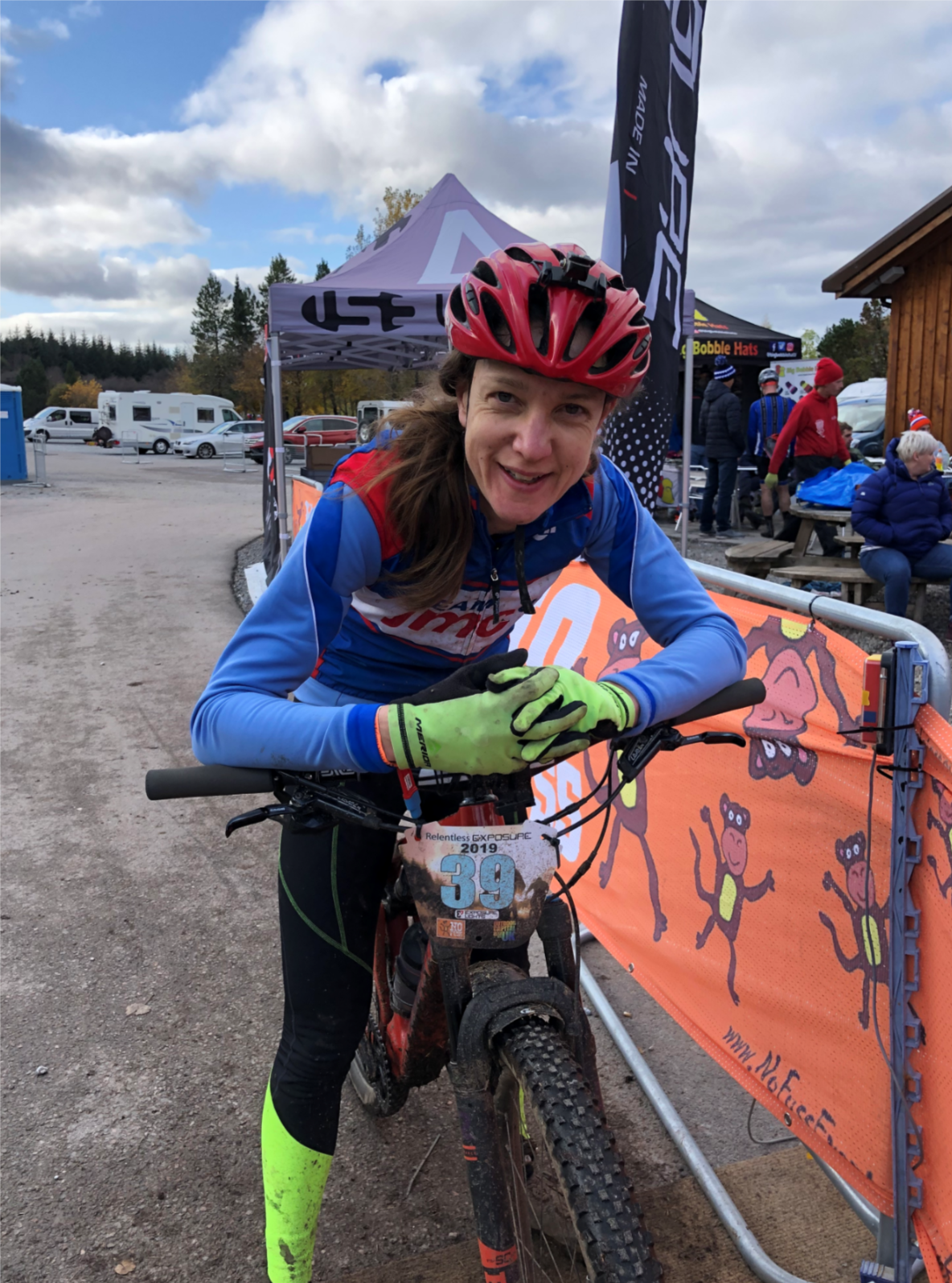 I rode my Santa Cruz Blur, was powered by lights from Four4th, nutrition from Torq Fitness and spuds, coached by Sally Bigham.

Two of our newest members out training for their f

@johnnyg691 seems to be having nicer weather out i

#TBT @kn1te Martin MacDonald in action at the 2019

Thinking about taking on an Everesting cycle chall

#TBT @jasonupnorth (and a couple of randoms 😀)

#tbt Some of our ladies team at Mountain Mayhem 20

@endurancemtber Chris Rudd wrapped up for the wint

#tbt Some of our survivors from the epic 2017 Kiel

#tbt @smiley_joface competes a night lap at the 20