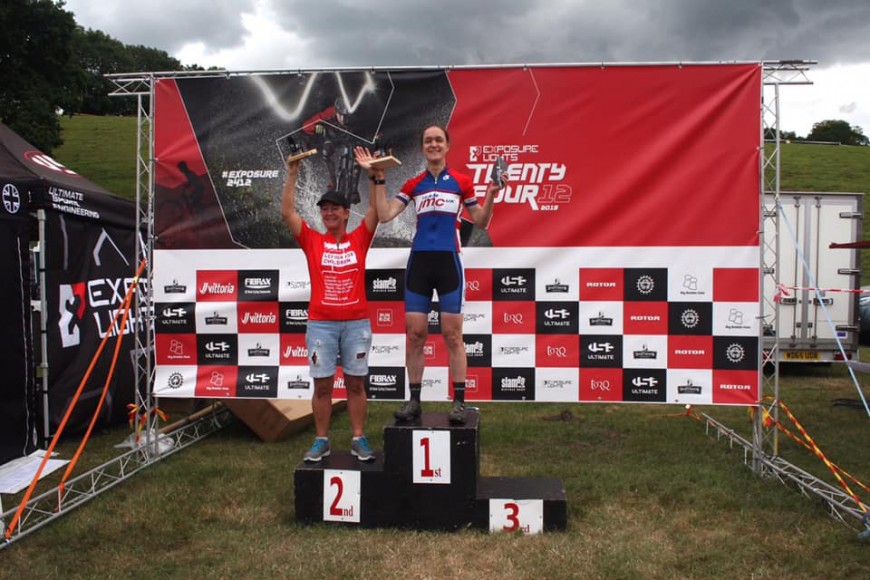 So let’s start with the facts:

And now the back story:

I love riding my MTB and 24hr solo racing has captured my imagination over recent years with the challenge of pedalling for one whole day a pure simple joy exceeding the mundane of how a day is usually passed.

I’ve tried to ride for 24hrs a few times at TwentyFour12 before but never really had the legs for it. But I came to this year’s event better prepared and hoping it would be different. And but for those sleep monsters that got me 3am it so nearly was…………but I not going to give them any column space and focus instead on the near 20hrs of great racing I had.

In recent years we’ve endured all weathers at TwentyFour12 but this year the weather was kind which made for fast clean racing on a classic course with plenty of climbing, swoopy single track and fast descents. The weekend got off to a winning start with Fred taking the U12 boys stage race.

And great racing by Edith (only 10) who battled hard against the bigger girls in the U12 category.

Then it was over to Seb and I in the main race. I lined up near the front to avoid hold-ups on the 1st lap. I set off steady, happy to let faster riders pass me as I spun up the hills and relaxed into the swoopy singletrack. With Seb racing 12hr pairs with his partner Mark, Edith and Fred were running our pit – which they did with great precision and all it cost me was a Marvel DVD. I was also grateful to have the support of my coach Sally Bigham who dropped by the pits mid afternoon to check it was all going smoothly. Which at that point it was………..

Late afternoon I got word I was lying 4th 24hr soloist overall and that’s when the doubts started that I’d gone too fast too soon. But I felt comfortable as we got to lights on and still the laps ticked on by so I tried to ignore the doubts.

11pm and the end of the 12hr race was hard – I had to pass up on the beer Matt Carr tried to hand me on the finish line and keep pedalling on into the dark. The course was much quieter now but the wonderful marshals at the Motivation Station were still providing huge support.

And still I pedalled on. But I was losing focus, not fuelling properly and battling hard with the rising doubt I’d gone too fast too soon. Then shear physical tiredness hit – I could not keep my eyes open and was weaving around all over the place, falling into the bushes several times. So I had a caffeine gel – got an immediate lift and made it back to the pits safely. But then I did the unforgivable and sat down………2.5hrs later – just before dawn – I woke up and got back on the bike. 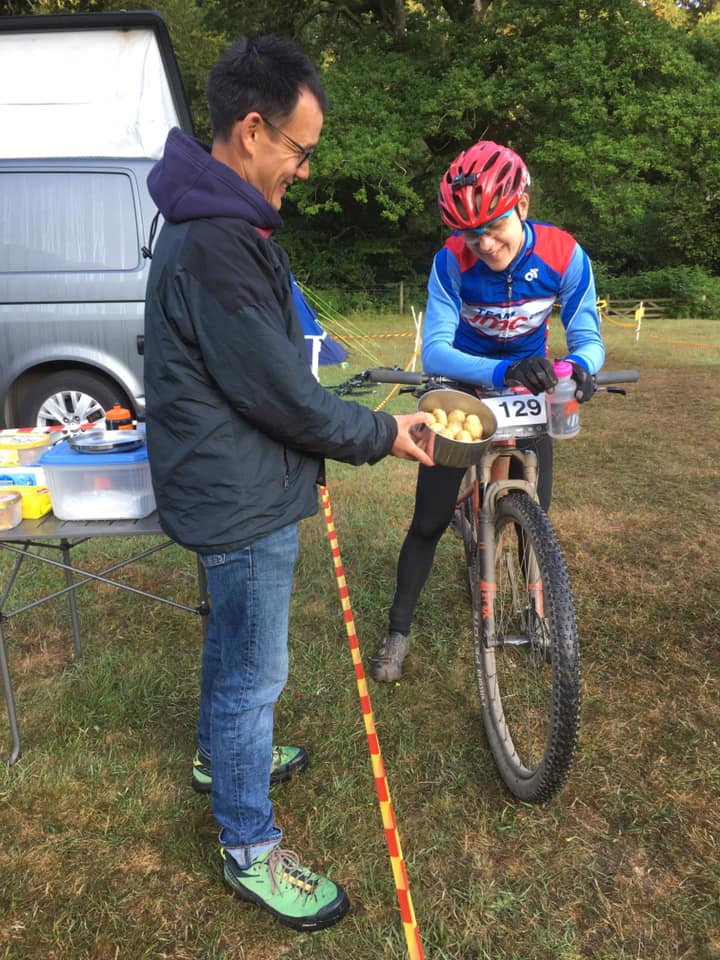 Dawn was a big lift. I continued with my slow and steady pedalling as the campsite gradually woke up. I wasn’t feeling too great but I was still moving on. Then without warning around 9am that physical tiredness hit again. I got off the bike halfway up the long first climb and had a nap in the morning sunshine. Not a great nap – as it was constantly interrupted by passing riders asking me if I was okay…..which of course I really appreciate everyone doing but in my mind it seemed fine just to be having a little sleep in the sun. Again thanks to the Motivation Station marshals for walking down the hill to check I was okay. But after this power nap I really did feel fine, I raced to the pits – ate a lot of potatoes – my favourite pick-up food and put in a pretty decent fast lap.

And then the lurk – I could have pedalled on through for another lap but I’d won the female race and secured a top 10 finish overall so called it a day. Lay down, napped, woke up, stood up, wobbled, sat down, was sick in a bucket, felt better, got on my bike and rode to the finish. Where this time I gladly accepted the beer from Matt. 7th soloist overall.

So not a perfect 24hr solo race. But better than it has ever been for me before.

For that I need to thank my coach Sally Bigham – whose support, guidance and dedication over the past 9 months to making me the best rider I can be is just awesome.

Solo riding is never accomplished alone and I also need to thank my kids Fred and Edith and Seb for their love and support during the race and every single day. 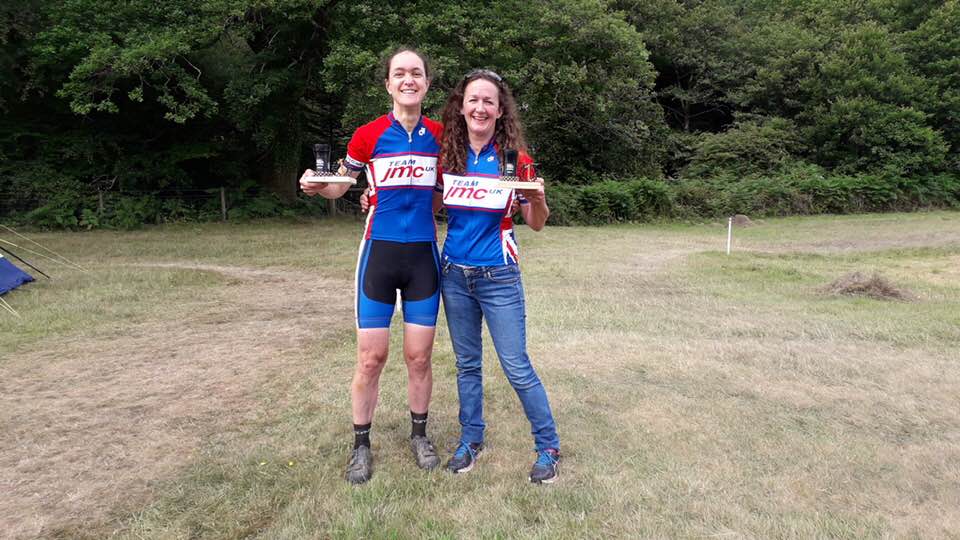 My efforts are supported by Team JMC – and huge congrats to teammate Sally Watts for winning the 12hr Vet Solo category. Also thanks to Four4th Lights (other light brands are available- sorry you guys at Exposure Lights), Torq Fitness, Pedalon for my fancy new spd shoes (first 24hr race not in flats) and Hargrove Cycles who got me my lovely Santa Cruz Blur.