A Ride with No Hills for Rich and Tom Seipp 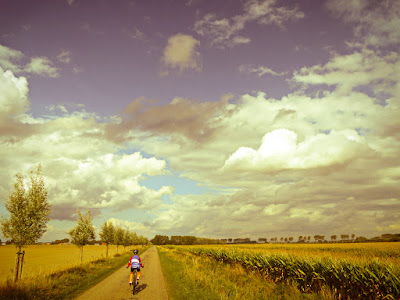 Gunther Desmedt sent us an invite via Facebook to do a ride through Zeeland which is located in the South of Holland. There were 13 landmarks to visit. You could take any route you liked, though  it was advertised as around 300 kilometres. We’d not really considered that 300 kms is a long way, only that being Holland there would be no hills.

Below, a map with the landmarks to visit, the star marking the start/finish. 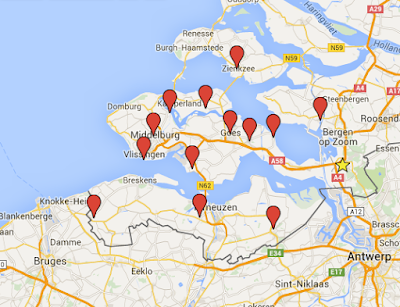 Shortly before 8am we lined up outside the church in Woensdrecht ready for the start. It was good to catch up with people we’d met at other races including the Highland Trail 550, and the French Divide. We’d met Bert (on the left) at both of those events. 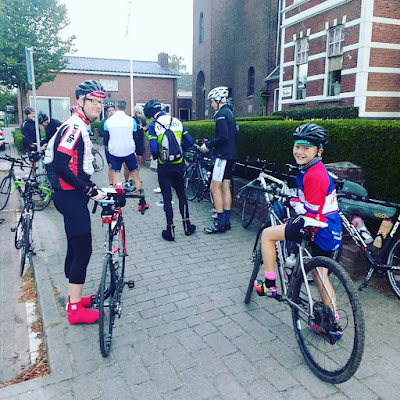 At 8am we set off, the group of 40+ riders immediately split into two groups, one North, and the other South bound. We headed South towards Antwerp.For a while we rode with others but fairly quickly peoples opinion on the best route meant that we all went our own ways.

As the map above suggests, there is lots of water in this area. So planning how to get across rivers, and across the sea needs thought. Below waiting for the lift underneath the Scheldt river. 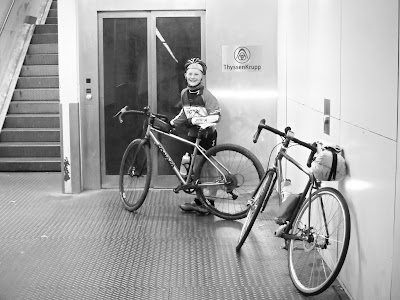 At the landmark checkpoints we took pictures, as proof of passage. 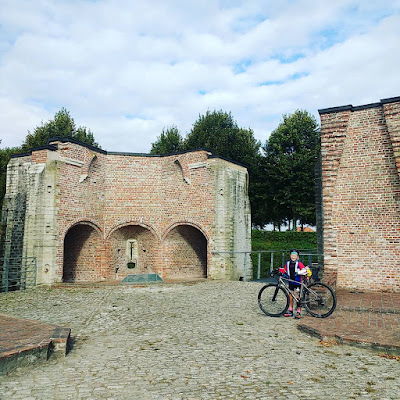 The weather was excellent for most of the day.  There was most definitely warmth in the October Sun. 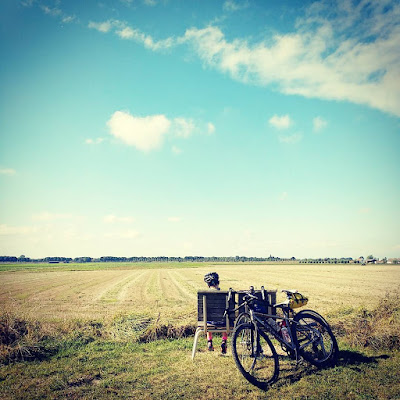 Every now and then the clouds threatened, but the rain never fell on us on that day. 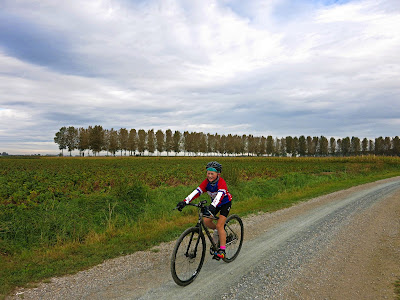 If you like flat rural riding, Holland has plenty of that. 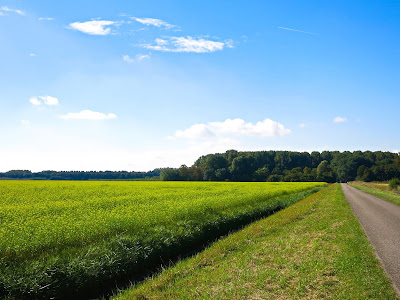 Our route necessitated a ferry from Breskens to Vlissingen which gave us an hour to refuel for the rest of the ride. In the distance the rain was falling. 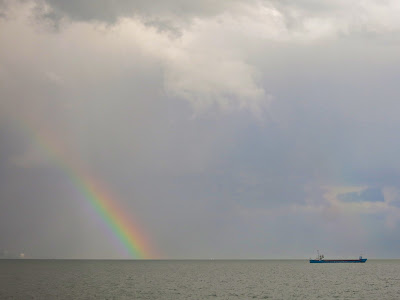 On our arrival at Vlissengen the sun was out again though.

After the ferry the concentration of the checkpoints increased. After the picture below we mostly gave up on the checkpoint photos though because of the dark. 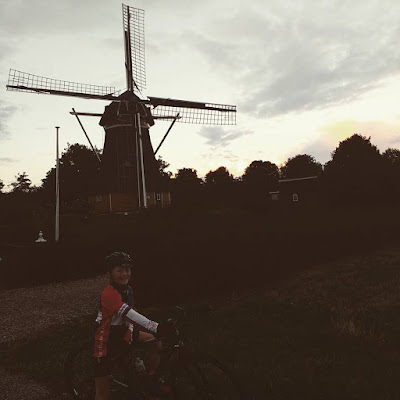 Speaking of concentration, somewhere around 14 hours into the ride, mine must of wondered off somewhere. Around 30 minutes after visiting the checkpoint at Goes, Tom said “We’ve been here before”. On checking the GPS I realise that he was right, and that we had ridden 7 miles in the wrong direction! Which of course means that we had to ride another 7 miles back in the correct direction.

I managed to navigate the rest of the route issue, and just after 4am we arrived back at Woensdrecht. Job done.

A landmark ride for both Tom and I, as it’s the first time that we’ve both ridden more than 200 miles. 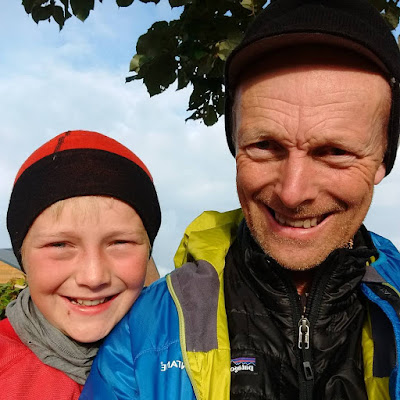 A big thanks to Gunther for putting the event on. His bikepacking website can be found at http://www.bikepacking.be/