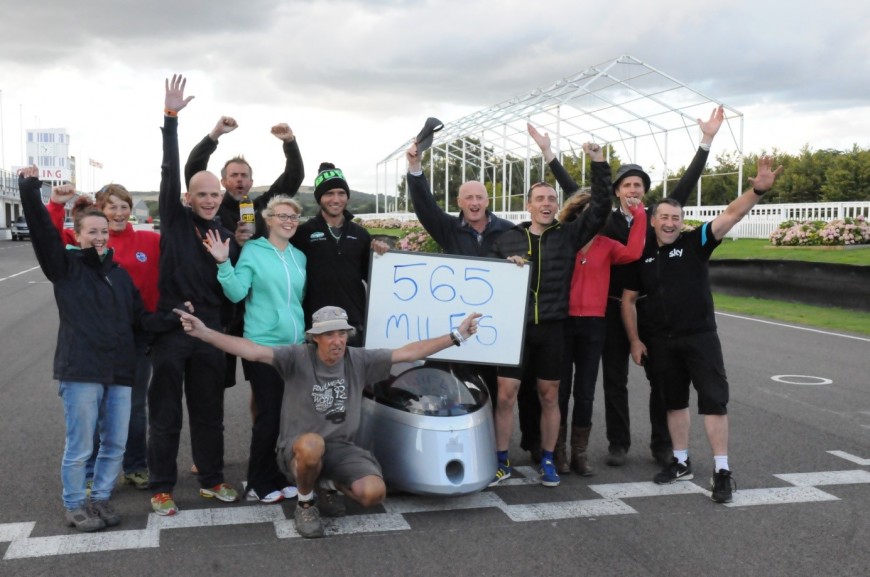 Jason Miles on Channel 4: Speed with Guy Martin – AKA Two World Records in a Weekend

Back in August 2014, the result of six months of training, research, development, planning and a lot of laughing took place on an empty racetrack in West Sussex. I had the privilege to be involved in a world record attempt that was going to be the basis of one episode of Guy Martin’s second series of ‘Speed’ to be screened later in the year. Now that it’s actually made it to everyone’s screens I can tell everyone about it….

“Yeh. Another one of them record attempts. On a tandem. They wanted me to do it wi some famous cyclist but I said I don’t wanna do it wi anyone but a 24 hour man so I said you were that man”

“It’s a recumbent tandem. Like cycling in widescreen matey boy says. You ‘avin it?”

“Good man. Legend. I told em you were the right man fer’t job. They’ll give you a shout and ask you to do some filming. Just be Jason Miles and you’ll be reet.” 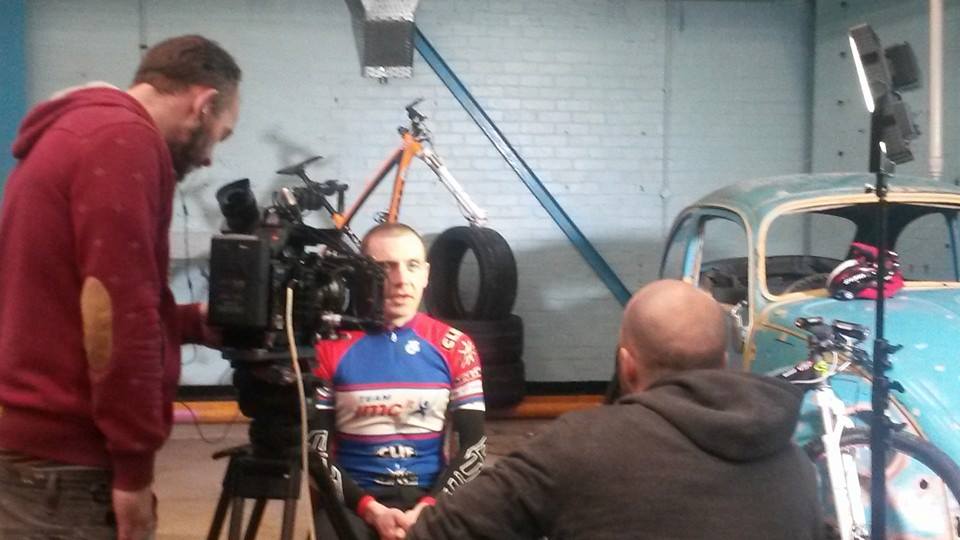 And that’s how it started. I’d just ridden past Guy around the halfway point in the Strathpuffer 24 back in January, at that point in time someone I’d been riding bikes with and had been trading training tips with for a couple of years-and-a-bit. He went on to finish second, just a few minutes behind me. Guy Martin’s solo 24 results were steadily improving so if we were going to tackle something big, we were indeed the right men fer’t job.

“The job” was an attempt on the absolute world record for the furthest distance travelled on a tandem in 24 hours. It had stood for the best part of 30 years at 503 miles so it wasn’t going to be easy.

Eventually, I received a call from Tom, a member of the production team at North One Television. We did some filming at my place of work and in the woods nearby, with me riding a bike. So far so good. It was fun.

What followed over the course of the next 5 or so months were several hugely enjoyable days working with Guy and the North One team on the programme which involved lots of “hard work” riding various recumbent bicycles, staying in posh hotels, being chauffeur-driven back to work, meeting amazing people such as Mike Burrows, Rebecca Romero, James Cracknell and the team at Portsmouth University. Sleeping in the back of Guy’s van while we hurtled down the M4 to a shoot after getting back from a bike race 5 hours earlier. Being taught how to cook rice and omelettes in Guy’s kitchen by Nigel from Team Sky. Being baked alive while thrashing ourselves on turbo trainers in an extreme environments lab at Portsmouth University. Having to tear back up the motorway from Portsmouth to catch a ferry in Birkenhead. Training for the attempt with a single-seat recumbent on a set of rollers and on a track at Preston University. Getting some sleep before the attempt in Jethro Tull’s tour bus. 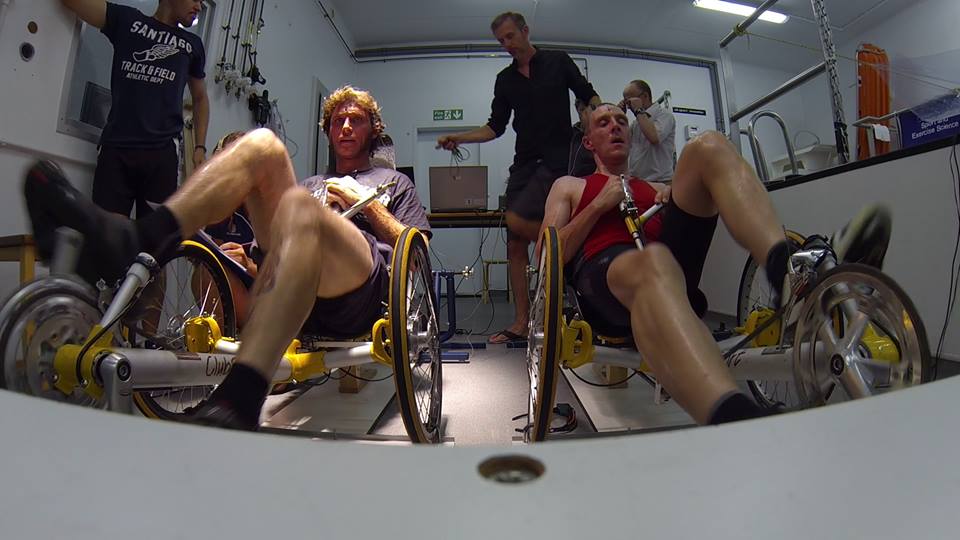 Everything is filmed in a single take. Without wanting to sound corny, it honestly was “just two blokes having a bit of a laugh and being plonked into slightly-mad situations while there just so happens to be a camera in the room”.

There’s no going over things repeatedly to get things just right – genuinely what you see on the screen is the natural way things happened. None of it was forced, staged or contrived. 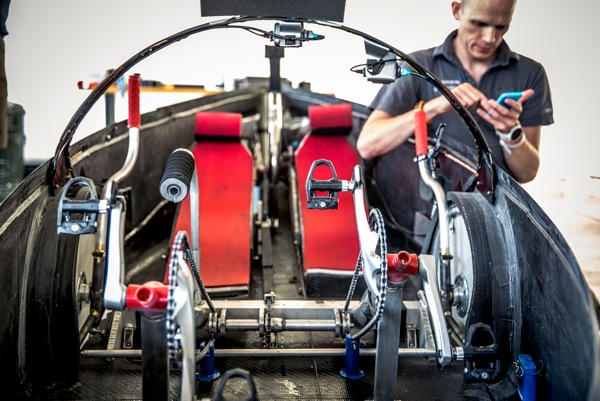 I hope the finished programme conveys fully the fact that for me, it’s been incredible fun. I’ve had a chance to do things I would never otherwise have had the chance to and I’ve met some of the most brilliant, enthusiastic and professional people I’ve ever met. I enjoyed every single moment of it. Honestly, it’s been that good.

As for the record attempt, we went to Goodwood all straight-faced and in spite of high winds, rain and cold we beat it convincingly (but then by now you probably already know that). Not only did we beat the 24 hour record but we did the 12 hour record on the way, which has apparently never been done before in any 24 hour distance record attempt. If it wasn’t for the arrival of a storm front we’d have been good for another 100 or so miles, but it would have been nowhere near as interesting.

The official record can be seen here.

You can watch the programme (which saves me the job of blogging about what happened) here.

And thanks to Jim, I was able to borrow the Garmin and upload it to Strava 🙂 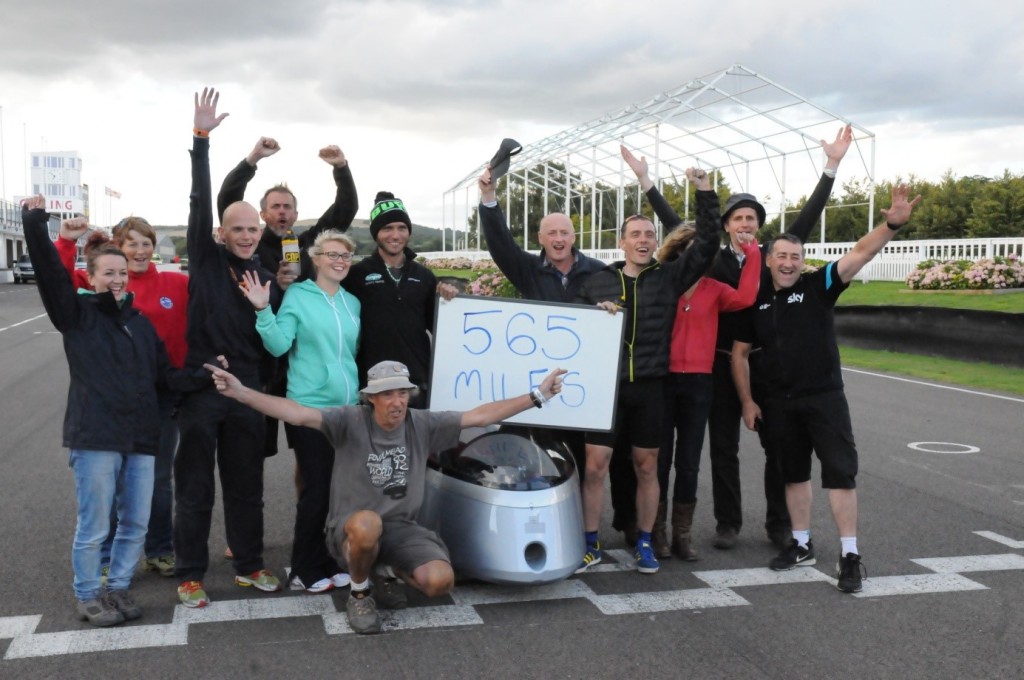