Another Great Weekend for Jon Entwistle!

Well that was a whirlwind of a weekend. On Saturday morning my daughters ran the Balmoral 1.5km race – in the snow of course (it is is nearly May after all). We then bombed it down to Edinburgh and after pitch and putt and a curry, pitched up (literally as we had the van) at my cousin’s in preparation for my race.

I was in my usual relaxed mood, feeling really positive, excited and particularly motivated after receiving a message on the road from someone who I hold in the highest regard. I started to get that feeling I occasionally get that something good was going to happen on Sunday. Another one of those fuzzy “it’s meant to be, isn’t it?” feelings.

Of course, family chat was on the agenda on Saturday night, but when my cousin realised my race was starting and ending in Eddleston (just north of Peebles) the “it’s meant to be feeling” started to feel more convincing.

Why? Eddleston has always grabbed my attention for some reason. Every time I make the journey to MTB in Glentress or Innerleithen I pass the wonderful and convivial looking Horseshoe Inn just off the main road in village. I keep telling myself that one day I’ll stay a night and visualise having a nice meal and few pint of craft ales.

But I digress. The reason why I got that “it’s meant to be” feeling was because my cousin’s late dad, my Uncle Mike, did a lot of his hydrology research in Eddleston and enjoyed staying in that same Inn!

Out of all my Uncles, I was pretty close to my Uncle Mike. An only child, he was very independent and a complete maverick. He travelled all over the world as an academic, worked for UNESCO in Paris, lived in Australia, had a chair at Dundee University. He was always up to something related to meteorology and hydrology. We had a lot in common and though I never saw him that often, whenever we met, it was like we’d never been away.

Sadly, he was another victim of the big “C”. I miss him and when I think about him I keep thinking he’s still kicking about, probably monitoring the rainfall in some obscure Venezuelan jungle. 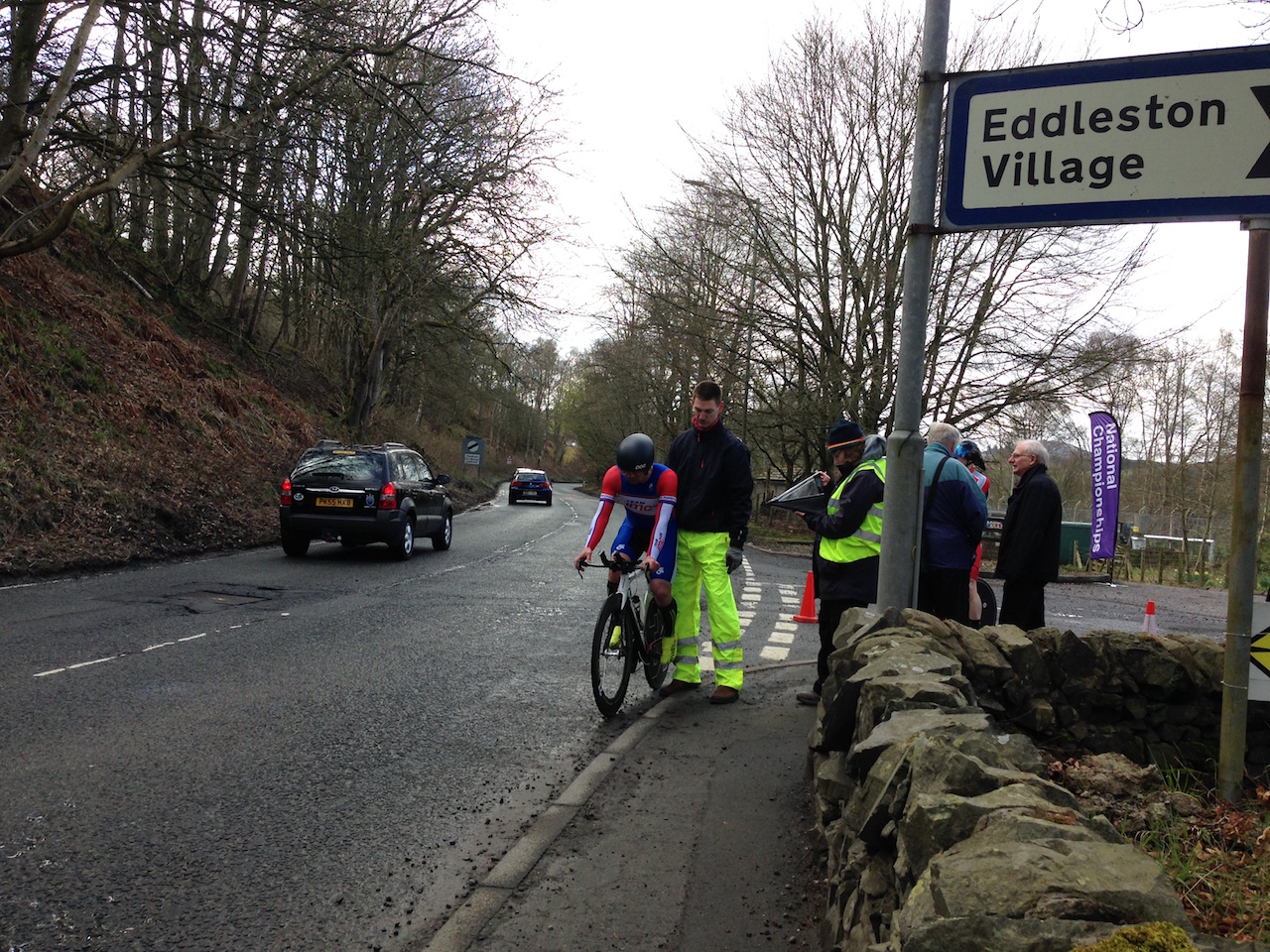 Or under a bridge in Eddleston checking his river data? I didn’t see him yesterday, but he was my source of motivation when it got tough on the lumpy and bumpy Olympic distance TT course.

He still wasn’t there to be seen, but some of his family along with mine were definitely there to be seen and heard on the final grind up into the grounds of Barony Castle. What a horrible finish, over 500W for nearly the last two minutes. When it was over I had definitely gone into the future!

But back to the present. A little despondent with my time (Best Bike Split, which is usually accurate had been a little more optimistic), but I’d executed the game plan to the tee and believe there is scope for improvement, so happy overall.

And then the race organiser quizzed me in the hall just before the presentation about my qualifying Scottish credentials (which in itself was a source of confusion a few month’s ago). Thankfully, having lived in Scotland for 26 years, I meet the criteria for competing for Scottish titles and without further ado it was a bronze medal this time to add the collection and delighted I was too to receive it!

Not sure if the generous cash prize is enough for a night’s stay in the Horseshoe Inn, maybe I’ll have to keep racing?

But that’s 3 races in 2016 and 3 podiums for Team JMC. I think my Uncle Mike would approve, but he’d probably be more interested in the cold northerly flow and its impact on racing conditions yesterday. Oh and he would have loved my chat on CdA!