Tom Seipp, Team JMC’s resident young lad and “official source of inspiration for the rest of us” went for a big bike ride last weekend…

This time of year it is easy to look at the weather forecast and decide that the day would be better spent indoors rather than doing a big ride on the bike. However with the weekends being the only daylight hours available to us for riding, we will usually wrap up and go ride anyway.

Our plan for the weekend was to cycle across the country from Bowness on Solway to Tynemouth on Saturday, then ride back on the Sunday. A trip we did when Tom was 7, which back then took us 4 days.

I’d set the alarm to wake me at 2:45am on Saturday. We packed the bikes and our clothes quickly in the car. As we left it started to snow. 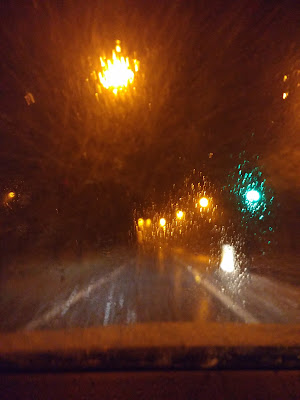 Not ideal cycling conditions, but I figured things may be better up North.

After an uneventful drive, some 2 1/2 hours later we parked up near Bowness on Solway, and there was no snow, though it was only 1 degree above freezing. 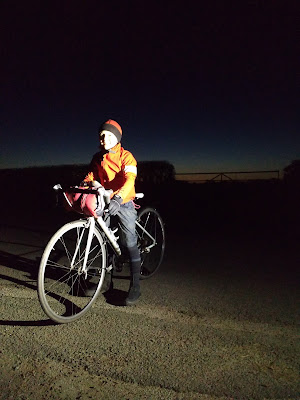 A quick picture just as the sun was beginning to rise, and we were on our way Eastwards. 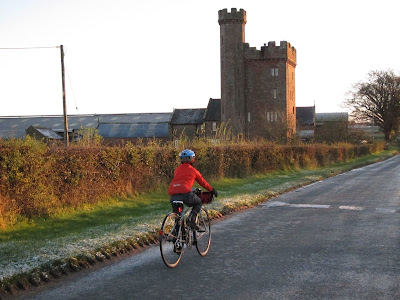 On the far side of Carlisle we started to encounter patches of black ice on the road, though with care they were avoidable.

A few miles further and the roads were covered in ice. If your wheel was anything but vertical, as Tom found out, you were quickly lying on the ground. He’d been on the deck 3 times before I took this picture. 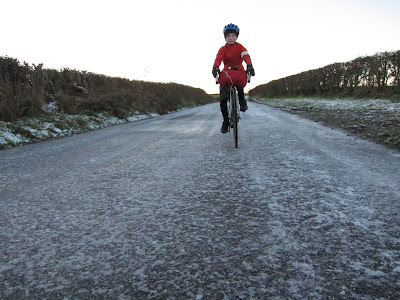 We persevered, we walked some bits, and rode others gingerly. 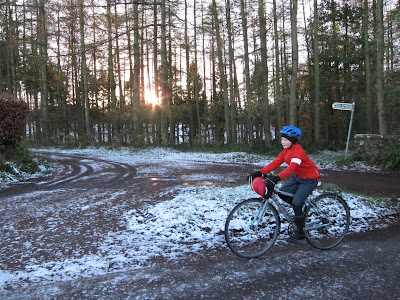 However when we arrived at this sign, the depth of snow, and ice, made it clear that trying to get across the country in one day on this day was not going to happen. Even the busy A69 had ice along its edges. 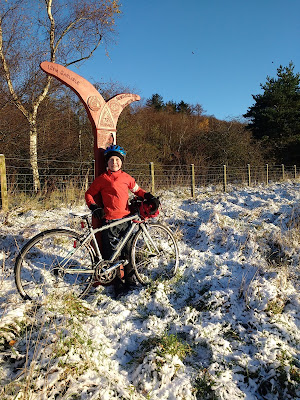 So we formulated plan B. Back to the car would take our mileage up to around 50 miles, From there we would try and do the same again whilst clinging to the coast roads, which appeared to have avoided the worst of the weather. Our plan B was to ride the same distance we would have done on the C2C, 100 miles.

The sun came out and we enjoyed the virtually traffic free roads. 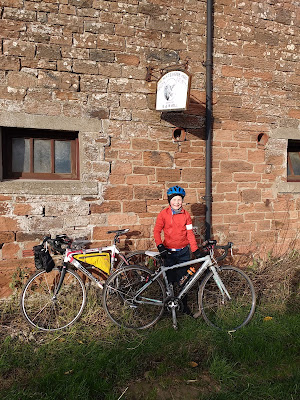 At Allonby our turn around point, we stopped for chips. 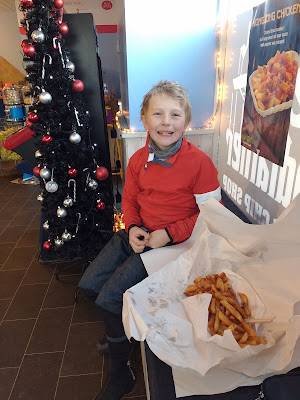 The hot food was just what we needed. The last 25 miles flew by.

Tom has wanted to ride a century for a long time now, and was so happy when his GPS showed “100 miles”. 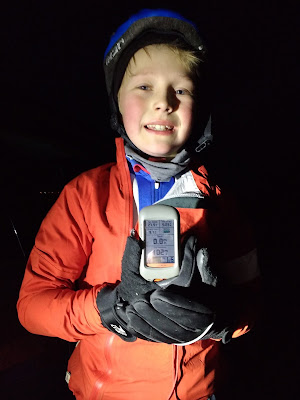 We celebrated with Pizza before the drive back home.

We only did a few miles the following day, but I thought it amusing that we did more hills in 13 miles, than we did in 102 the day before.