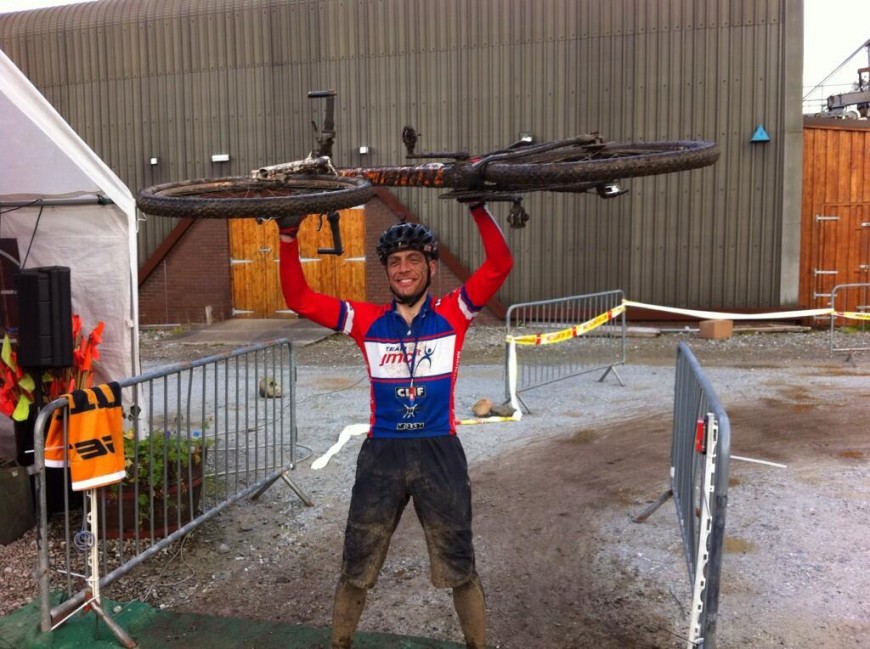 Continuing his 24 hour solo winning streak, Jason Miles won Relentless 24 in Fort William, Scotland for the third year running last weekend. A very tough course that included ‘rather a lot’ of climbing along with the persistent damp weather typical of the Scottish Highlands meant that some hard work was needed late in the racing season to get a good result. Back at his nice, comfortable, warm desk on Monday afternoon, Jason recounted the experience…

“I didn’t really have the legs for a 24 hour race last weekend and I’m still quite surprised that I was able to finish it, never mind win it. I was fine for the first few hours. In fact, I created a nice big gap between me and everyone else at the start of lap three by making a Heroic Big Move™ and hammering it to the top of the first climb after spending the previous couple of hours to-ing and fro-ing with a fresh-looking Jason Hynd.

After 6 hours or so the running order behind me was starting to settle down (Matt Jones was putting in some nice consistent lap times in second place) and the gap was now somewhere between 20 and 30 minutes. It wasn’t getting any bigger though and I was starting to become frustrated at my inability to kill things off and make the gap bigger. I was feeling tired and if I’m honest, I was hanging on and praying that I didn’t have a mechanical – if I had some catching up to do I wouldn’t be doing it today…” It all turned out well in the end though and Jase is enjoying a well-deserved rest before preparations for fun and games in 2014 begin.

Relentless 24 will host the World 24 Hour Solo Championships in 2014 and even though it’s still a year away, Jason and the other Team JMC endurance racers will be making plans for the event already.